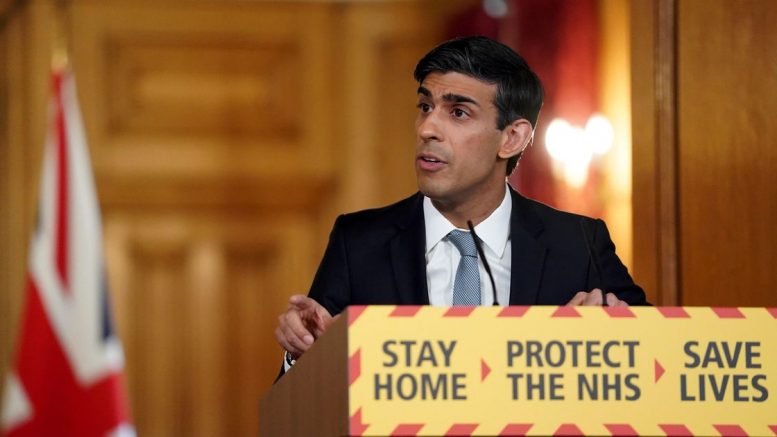 More than 34,000 businesses in the North East have received over £1 billion in total from loan schemes to help them bounce back from Covid-19, the Government has said.

In addition, figures published today show that just under a third of employees in the region (29.6%) used the furlough scheme

The figures also show that more than 44,000 businesses have benefited from £500 million in grants.

The Government said it was the retail, construction and hospitality sectors, including hotels and restaurants, have benefited the most.

In total 71,000 people in the North East accessed the furlough and self-employed income support scheme.

The Chancellor of the Exchequer, Rishi Sunak, said: “We said we would do whatever it takes to protect jobs and businesses from the economic emergency brought on by Coronavirus – and that is exactly what we did.

“Today’s figures show how our unprecedented support has benefited the whole of the UK, and we will build on this as we move to the next stage of our recovery through our Plan for Jobs which will protect, support and create jobs for all regions across the country.”

John Evans, owner of the Whitley Bay Treehouse, said: “As the coronavirus fear began, we had no customers coming in and every booking cancelled, so we decided we had to close.

“Our two main concerns were paying for our two biggest overheads- rent and wages. We applied for the £25,000 grant as soon as it became available. The local council were a great help and we received the money within days. This means we can still pay the rent, knowing we’ll have a business to go back to when we can.”

The figures come as a North East business leader said Government’s response to the coronavirus has been “woeful” across a range of measures.

James Ramsbotham, chief executive of the North East England Chamber of Commerce, has issued a wide-ranging attack on Ministers, hitting out at communication failures, shortcomings in the track-and-trace programme and the lack of impact from many Government support schemes.

Speaking at the Chamber’s AGM, Mr Ramsbotham said: “The level of support available has also fallen short of levels needed. The Chancellor spent £30bn in his Summer Statement but achieved very little.

“The support measures should have been extended to the so-called “excluded” such as the self-employed operating as limited companies and those who took up new jobs in February/March but were not eligible for the Furlough Job Retention Scheme.

“Many hard-working businesspeople have had little to no financial support for the last five months. The furlough scheme should also be extended for certain sectors such as hospitality and available for potential local lockdowns in the future.”

The Chancellor set out his Plan for Jobs last month, which will support jobs with the Job Retention Bonus to help businesses keep furloughed workers, and expand Worksearch Support including a Flexible Support Fund and a £2 billion Kickstart scheme to subsidise jobs for young people

The government says it is also creating jobs in the construction and housing sectors through funding to decarbonise public sector buildings, and protecting jobs with VAT cuts for hospitality and tourism, as well as the Eat Out to Help Out discount scheme.