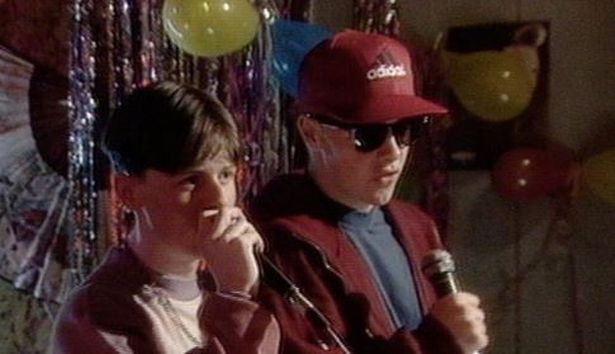 Ant McPartlin has opened up about feeling daunted about his first day as a cast member of Byker Grove.

It has now been nearly 31 years since the Newcastle children’s drama made its debut on BBC1 and while Dec joined the cast in its first year, Ant was a late arrival, making his first appearance a year later.

And Ant has revealed that he was a bag of nerves as he went to film Byker Grove for the first time and how he felt like an outsider.

He appeared alongside presenting partner in crime Dec on Tuesday’s This Morning when they talked about different aspects of their career as they prepare to release new tell-all book Once Upon A Tyne.

Recalling how he felt as a teenager joining Byker Grove, Ant told hosts Phillip Schofield and Holly Willoughby: “For a 13-year-old who was self conscious about everything anyway it was a bit scary.”

Dec joked: “He came in and all of us Byker Grove OGs – original Grovers were standing there,” before Ant continued: “It was so daunting! There were all these kids who knew each other and had just been on the most amazing holiday together.

“They all had their in jokes and were all quite cliquey; it was tough.”

However, after a nervy start Ant quickly became part of the Grove family, thanks in no small part to the fact that his character PJ was best friends with Dec’s on screen alias Duncan.

Dec added: “We were soon laughing and joking all the time. We realised we had a very similar sense of humour – we both loved Vic and Bob.”

“We also went to he football together too,” Ant interjected.

Ant and Dec stayed on Byker Grove until 1994 before they went onto pursue a pop career which brought them hits like Eternal Love, Stuck on U and of course Let’s Get Ready To Rhumble.

From there they went to test the waters as TV presenters and, as we all know, that paid off with a huge .list of shows under their belt including SMTV, Pop Idol, I’m A Celebrity, Saturday Night Takeaway and I’m A Celebrity.

Blundering burglar jailed after leaving his phone behind at crime scene