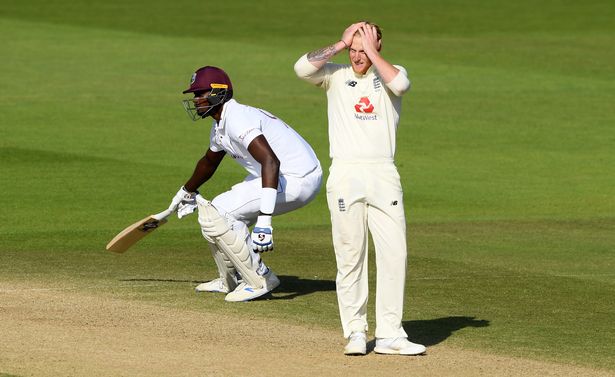 Durham cricketer Ben Stokes is pulling out of the England squad and flying back to New Zealand “for family reasons”.

Stokes has played all four Tests so far this summer, captaining his country for the first in Joe Root’s absence in the series opener against the West Indies, but will leave.the country later this week.

It means he’ll miss the rest of the ongoing test against Pakistan.

Stokes, who grew up in Cumbria, was born in New Zealand, where his parents Ged and Deb still live.

A statement from the ECB read: “England all-rounder Ben Stokes will miss the remainder of the #raisethebat Test series against Pakistan for family reasons.

“Stokes will leave the UK later this week and travel to New Zealand. He will miss England’s two Test matches against Pakistan at the Ageas Bowl on Thursday 13 August and Friday 21 August.

“The England and Wales Cricket Board, along with the Stokes family, requests that all media respects the family’s privacy at this time.”

The Stokes family had a tough time over Christmas, with Ged rushed to hospital in Johannesburg on the eve of the Boxing Day Test against South Africa.

Stokes spent a considerable amount of time at the bedside but was encouraged by his father to play a full part in that game and the 3-1 series win that followed. He later posted a picture of his father leaving hospital after 37 days and three operations praising him as “strong and stubborn”.

The England squad were due to leave Manchester, site of their three-wicket win over Pakistan in the first Test, and head to Southampton on Sunday.

The second Test will begin on Thursday at the Ageas Bowl, with Sussex bowler Ollie Robinson linking up with the side.