AN escort who forced a teenager to have sex with 17 men in one day to repay a £100 debt has walked free from court.

Tyler-Jo Walker, 23, made the girl, 16, feel like she could not say no to the work when she demanded the money.

The teen was made to had sex with more than 30 men over two weeks for £80 per half-hour.

The Premier Escorts worker used the name Georgie to befriend the vulnerable teen in a park and began chatting over Instagram.

She then paid £47 for the teen’s taxi to her apartment block in Sunderland and answered in underwear before demanding to be repaid £100 for the trip and other items.

Walker told her she would have to have sex with men because she was unwilling to wait for her victim to be paid benefits.

Prosecutor Sue Hirst told Newcastle Crown Court: “She described to police feeling she couldn’t say no because the defendant was so determined this would have to happen.”

Walker made the teen pose in her underwear so she could take photographs and put her forward as a potential worker at the escort agency, saying she was 18.

Within days it was arranged for a man to visit the apartment in Sunderland.

Most read in News 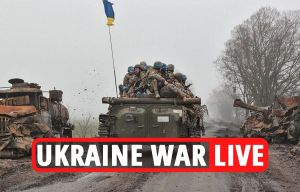 Miss Hirst said: “The defendant said to her ‘the first person is here’ and a man walked into the room.

“The complainant was so shocked so ran into the bathroom and told the defendant she wouldn’t do it.

“Walker replied ‘you are going to have to, how else are you going to make this money’.”

Miss Hirst added: “The defendant led her upstairs. The defendant spoke to the man, asking how long he would be there and he replied half an hour. She said it would cost £80.”

Judge Robert Spragg said: “She has found it difficult to get on with her life as she often finds herself thinking about it, is embarrassed about it and no doubt it will have a long lasting affect on a girl who was already troubled.”

She was sentenced to 16 months imprisonment, suspended for two years, with rehabilitation requirements and 120 hours unpaid work.

Girl, 7, fighting for life after being hit by a HGV outside school as community left in shock