CUSTOMERS have slammed a Christmas market selling cheesy pasta for £9 and a posh lager for £14 as a rip off.

Festive market-goers in Newcastle were left with empty wallets as a meal ended up costing more than a flight to Marbella, Spain.

The Sun Online found two-pint steins of Belgian wheat beer Hoegaarden on sale for £14, with a hotdog hitting £6 and a pot of cheesy pasta with chorizo and parmesan at £9.

Just those three items clock in together at a whopping £29, while Wizz Air offers flights in January to Marbella at £26.

For reference, a 750ml bottle of Hoegaarden costs £3 at Asda.

Amanda Salter, 40, told The Sun: “Everything has gone up, hasn’t it. 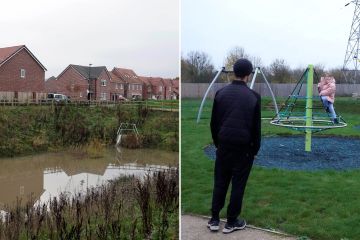 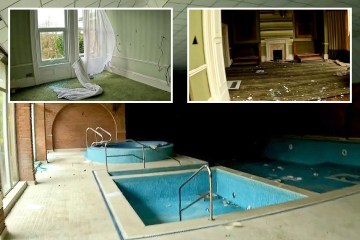 “I think some things are still okay – you can get a massive kebab for £9.

“But next to it is a stall selling mac and cheese for the same price. It looks like it comes in an ice cream cup.”

Amanda, from Leeds, West Yorkshire, added “I get that the cost of ingredients and energy has gone up but I’d love to know the mark-up.

“We come every year and we’ve noticed that the prices have gone up for some things.”

Tom Rider, 30, from Newcastle agreed that some of the items were overpriced.

He said: “I’ve got a hotdog with all the trimmings which was £6. So I don’t think that’s too bad.

“But a pint of German lager is £7 and there’s no way I’d pay that. I could go into a pub around the corner and pay half the price.”

It comes after a Christmas market in Manchester was slammed as the ‘worst in Britain’ for charging £20 for a hotdog and a pint.

Back in Newcastle, four friends shelled out £100 in less than an hour in the Moosenwirt Alpine bar.

Conor, from Cork, Ireland, said: “It is expensive – we’ve spent £47 on one round and that would get us 11 or 12 pints of Guinness back home.

“But there’s always a bit of a price increase at places like this and you know you’re going to have to pay a bit more.

“To be fair, the atmosphere is really good and the staff are nice.

“I couldn’t afford to come here all the time but for a one-off it’s fine.”