A WOMAN has been slapped with a £175 fine for not paying the toll in the Tyne Tunnel – despite having never been north of the Thames.

Julie Barnett was left baffled after receiving the Unpaid Toll Charge Notice – despite being 323 miles away at her home on the Isle of Sheppey, in Kent.

The 62-year-old explained although she has “heard of Ant and Dec”, she has “never been north of the Thames” and was mistakenly fined.

She claims she has never even seen the Tyne Tunnel and “had to google where it was” after receiving the hefty bill through the post.

The tunnel’s system has been plagued by complaints over recent months after bosses switched to cashless payments.

Drivers have to pay their £1.90 crossing fee by midnight the next day via a digital transaction after the toll plazas were removed.

The mum-of-two described her battle with tunnel operator TT2 as “very stressful”, adding they “make it easy to pay, but not easy to contact them.”

But eagle-eyed gran Julie realised the camera seemed to have misread the letter U on a number plate for an O, leading to the mixup over the wrong motorist receiving the fine. 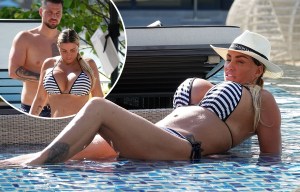 After explaining the blunder to TT2 back on December 10, she was assured the fine would be scrapped.

But she then received a final payment notice the following month, demanding she stump up the outstanding cash.

Julie wrote to the company again to explain their mistake but never got a reply – seeing debt collectors send her menacing letters.

The 62-year-old has now been sent an enforcement notice explaining that she owes a whopping £176.90, although Julie insists she has never even been to Newcastle.

Chancers who refuse to pay the Tyne Tunnel fees face a £60 penalty, which then increases to £100, on top of the original toll charge and other admin costs if not settled within 28 days.

Frustrated Julie told The Sun: “I wrote to them in December to say this was not my car as the only way to contact TT2 is to write to them.

“The one in the picture has a different shape number plate to mine and if you look closely you can see it is a different registration.

“I didn’t know about the tunnel, but i have heard of Ant and Dec – even though I don’t know which one is which,” she joked.

“They apologised to me, but then I got a final payment reminder notice in January. I wrote to TT2 again but did not get a response this time.

I don’t think il be making my way up north anytime soon – quite the opposite!

“I thought it had been dealt with and they had forgotten about me, but then the next thing you know I am getting an enforcement notice telling me that I owe a lot of money – £176.90.

“It has all been quite distressing. It has just been an inconvenience beacuse each time I’ve had to write in and the debt was just increasing.

“It was a bit disconcerting as well.

“And I don’t think il be making my way up north anytime soon – quite the opposite!”

A TT2 spokesperson confirmed two unpaid toll charge notices were linked to her car on their system.

They said one was cancelled in December and another that had been escalated to enforcement levels.

But they have now got rid of the outstanding payment after Julie’s protests.

The statement continued: “However, since she has now brought this to our attention, we are happy to confirm that we have cancelled the second UTCN.

“TT2 will always try to work with our customers to resolve any issues like this.”