A MAN has been charged with murder following the death of a two-year-old girl in County Durham.

Maya Louise Chappell was found in a critical condition after police attended an address in Shotton Colliery on September 28.

The little girl was airlifted to Newcastle’s Royal Victoria Infirmary on Wednesday afternoon but she sadly died in hospital on Friday night.

Northumbria Police have now confirmed that a 26-year-old man from Shotton Colliery has been charged with murder following Maya’s death.

The man has been remanded in custody and will appear at Peterlee Magistrates’ Court on Friday morning.

His name has not been released by the cops. 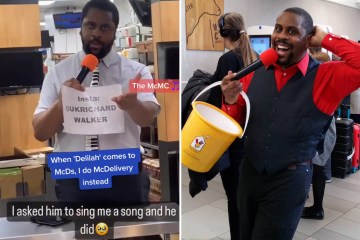 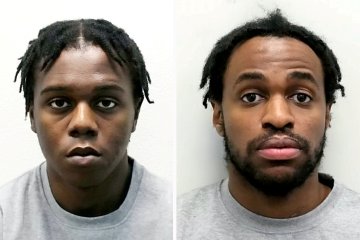 A 23-year-old woman was also arrested in connection with the investigation and has since been released under investigation.

Dad James Chappell paid a loving tribute to little Maya Louise, who passed away after being critically injured in an incident in Durham.

Dad James took to social media to post a video in memory of the tot along with some brave words.

He wrote: “Such a loving and innocent voice man I am remaining strong for my little girl even though my hearts breaking inside.

“I hope you’re with me every second of everyday princess until we meet again.”

The touching video shows a happy and smiling Maya Louise playing while saying “cheese” to the camera.

In a previous post, James had sadly informed friends and family of the tot’s death, paying tribute to his daughter as his “life, earth and idol”.

Heartbroken locals have placed an ever-growing sea of toys and tributes outside the home where Maya was found.

Teddy bears, balloons, and stuffed animals were placed on the kerb, along with flowers, card and pictures.

One devastated neighbour, who wished to remain anonymous, said: “I didn’t know where the noise was coming from at first, I thought it was just kids in the street.

“Then I realised something was wrong when we saw the police. I couldn’t believe it when the helicopter landed on the green.

“It’s not what you expect at all. It’s really shaken the whole community.

“There’s rumours around but nobody knows exactly what happened.”

One elderly resident said she was heartbroken by the news.

She said: “You don’t hear of anything like this around our doors.

“I have grandchildren of my own and it’s so upsetting to happen here because we’re so close-knit.”

The grandmother added: “Goodness knows what her poor dad must be going through as well.

“It makes you feel sick and it turns your stomach, it’s tragic.

“When I found out on Friday night that she had died it broke my heart.”

Another local, who lives close to the house, said: “When I was picking the kids up from school I saw a lot of police and a couple of ambulances.

“Then there was more and more and by that time the helicopter was out.

“I didn’t know who lived there but still we are all absolutely shattered about it.

“You could never have dreamed it. We don’t know if anything bad has happened previous to it.

“Everyone is devastated because it’s not something that happens in our community.

“I can’t imagine what must have been going on. We were going about our day-to-day lives while something terrible was happening.

“Some say she’d had an accident but with the police presence surely it must have been worse.

“I think the police were coming to all of the addresses nearby because they had received a call but they weren’t sure which house it was.”

A JustGiving page has been set-up to help raise money for Maya’s funeral, which has more than £7,000 in donations.

The fundraiser reads: “As you may already know our beautiful Maya Louise Chappell passed away on Friday under the most horrific circumstances.

“No person, never mind a 2-year-old child, should have to go through that. It came as a huge shock to the family.

“Her smile was so bright, her laugh so infectious and her cheeky character meant you couldn’t help but love her.

“She was loved my many and will continue to be loved forever.”

“We as a family have taken a little comfort in seeing how many people’s lives Maya has touched.

Her family have asked locals to join in their grief, and to release balloons and lanterns on the night of her funeral, for which a date has yet been set.

James is also asking mourners to dress in his daughter’s favourite colours.

He said: “I am also wanting to make the town pink for the day as it was my little girls favourite colour.

“So if you have pink wear it or show it etc.

“Anyone who would like to take part and show there support is more than welcome.

“Thank you so much for all the love and prayers you have all shown my beautiful little angel so far.”

Cops confirmed that a post-mortem examination will be carried out to “determine the cause of death”.

A Durham Police spokesman said: “Detectives are continuing to investigate the death of a two-year-old girl in County Durham last week.

“Police attended an address in Shotton Colliery on Wednesday and a girl was taken to the Royal Victoria Infirmary in Newcastle by air ambulance in a critical condition.

“Sadly, the two-year-old died in hospital on Friday evening.

“A post mortem examination is due to be carried out tomorrow (Tuesday) to determine the cause of death and a dedicated team of detectives from the Major Crime Team are continuing to investigate the incident.

“A man arrested on Wednesday on suspicion of assault in connection with the incident remains on bail while inquiries continue.

“This was a tragic incident and our ongoing investigation is being progressed thoroughly and sensitively.”

Police earlier advised neighbours not to speculate on the circumstances surrounding the incident.

Det Chief Insp, Christopher Barker, earlier said: “We appreciate that friends, family and neighbours are deeply concerned by this incident, but we ask that the community refrains from speculation over the circumstances or naming of those involved online.”