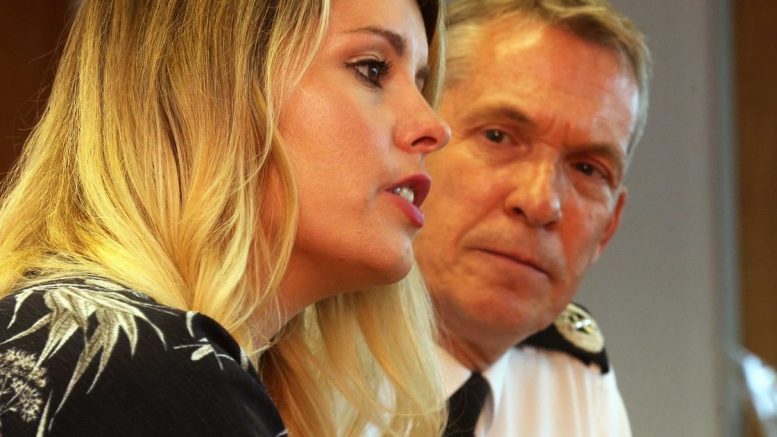 Drafting in the army is not the way to help police to enforce Covid-19 restrictions, according to Northumbria’s police and crime commissioner (PCC).

Kim McGuinness said that police are in need of “extra resources for crime fighting”, after Boris Johnson’s statement on Tuesday.

The Prime Minister told the House of Commons that the military could be used to help “free up the police”, as he announced new Covid-19 rules that could be in place for six months.

Downing Street later confirmed that the army could be used to backfill office roles in local police forces, rather than carrying out enforcement.

Ms McGuinness slammed the announcement, saying Northumbria Police was in need of frontline resources after losing more than 1,000 officers due to Government cuts over recent years and that the army was “not best placed” to fill the gap.

The Labour PCC said: “It’s shocking but not surprising that the PM would once again announce a major policy change off the cuff with little in the way of further detail.

“What this really shows is the PM knows the police do not have the full resources they need.

“We’re 1,000 officers down in Northumbria alone, enforcing the Covid restrictions puts more pressure on the force and that needs to be fully acknowledged by Government.

“Our armed forces are a great national strength, and an asset to our country in times of emergency.

“But the police need extra resources for crime fighting, something the military is not best placed to do.”

Ms McGuinness added that military staff would “not be warranted officers who know their local patch” and said it was “hard to avoid the feeling this is just the PM trying to distract us from his handling of this crisis”.

Speaking to MPs on Tuesday lunchtime, Mr Johnson said: “We will provide the police and local authorities with the extra funding they need, a greater police presence on our streets.

“And the option to draw on military support where required to free up the police.”

He also confirmed that pubs, restaurants and other hospitality venues will be required to close at 10pm – a rule that came into force in seven North East council areas last Friday.

The Prime Minister also announced that the fine for failing to wear a face covering or breaking rules on meeting people from other households would be doubled to £200, that indoor sports will no longer be exempt from the ‘rule of six’, and that the number of people allowed to attend weddings will be cut from 30 to 15.

Mr Johnson warned that the latest measures would probably have to continue for the next six months.

As of last Friday, people in the North East are also banned from meeting up with people outside their household or social bubbles in homes or gardens.

That rule applies to people in Newcastle, Gateshead, Northumberland, South Tyneside, North Tyneside, Sunderland, and County Durham, who have also been advised not to socialise with people outside of their own households in any public venue.