ERIK TEN HAG knows what the problem is – and he just “hopes” his Manchester United can shoot it out of their system against Newcastle.

The Red Devils looked set for a night of frustration as Omonia Nicosia goalkeeper Francis Uzoho produced a stunning display at Old Trafford.

He pulled off an incredible 11 saves to deny the likes of Cristiano Ronaldo and Marcus Rashford as the Cypriot minnows looked set to earn a point against Ten Hag’s first-choice stars.

However, he was finally beaten in the dying seconds as sub Scott McTominay secured a 1-0 win for United in the Europa League.

Now attention switches back to the Premier League, where Ten Hag’s men have endured an up-and-down campaign so far. 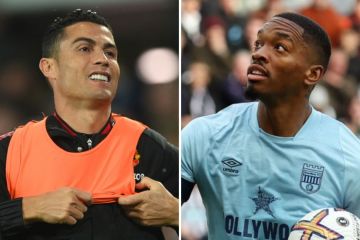 And after watching his team squander over 30 chances on Thursday against Omonia, he knows his men must be sharper if they are to find a way past the top-flight’s joint-best defence when they take on Newcastle this Sunday.

Ten Hag said: “Our finishing was not so good and we only hit the net once but it was enough to win the game and I’m happy with that.

“We kept believing, we didn’t give up and I have to give the team a compliment because we were so patient.

“Let’s hope we were saving our goals for the weekend and Newcastle United.”

Ten Hag, when asked if his team have a problem scoring, added:

“I have no concern because in every game we score. I have the faith we will continue with that.

“When you play against a defensively compact opponent and you don’t score, you get impatient.

“You can get sloppy and you lose the ball and then they break.

“I have a preference to score more and earlier because it makes it easier.”

Long-serving Cambridge United groundsman has been going for 43 YEARS and beat Beast from East, earned gong from Queen