THOUSANDS broke out into a rousing rendition of God Save The King at the Great North Run in Newcastle this morning.

Some 60,000 competitors roared into song on the start line following a one-minute silence in memory of the Queen, who died on Thursday aged 96.

Football matches and many other sporting events were postponed this weekend following Her Majesty’s passing, but today’s race – the world’s biggest half marathon – is going ahead as planned.

Organisers said: “The event has traditionally been a celebration of the extraordinary achievements of ordinary people.

“This year it will be an opportunity for us to come together and express our condolences, while celebrating the life of our extraordinary Queen.”

More than 60,000 people are due to take part, with thousands more expected to line the streets to cheer the runners on.

Eager crowds gathered before the 10.45am starting pistol to pay their respects to the Queen.

Thousands then belted out the new national anthem – after King Charles III ascended to the throne.

There were similarly emotional scenes at St Paul’s Cathedral when the song was sung for the first time in seven decades.

And a tearful crowd broke out into song outside Buckingham Palace shortly after news of the Queen’s death was announced on Thursday. 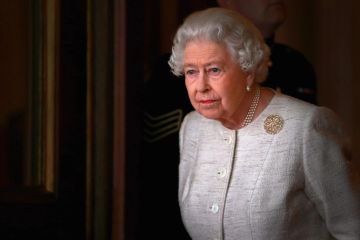 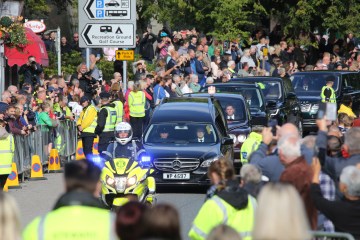 Police launch search for teenager, 15, in County Durham who went into river