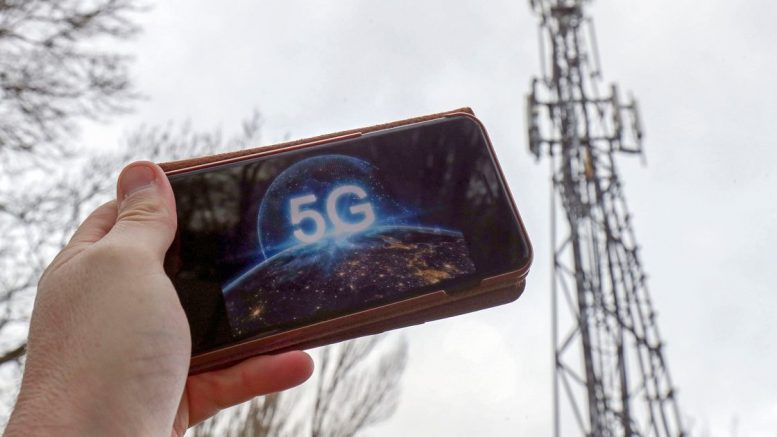 MPs say there have been “attacks on frontline workers and criticalnational infrastructure as a result of alarmist conspiracy theories”.

And they warned: “False narratives have resulted in people harming themselves by resorting to dangerous hoax cures or forgoing medical treatment altogether.”

The findings were published by the House of Commons Digital, Culture, Media and Sport Committee, which is chaired by Solihull MP Julian Knight.including Sunderland Central MP Julie Elliott.

Topics the committee looked at included the use of social media to spread a conspiracy theory that 5G mobile phone technology was causing coronavirus.

Phone company BT told the inquiry that in the month from March 23 to April 23 there were 30 separate incidents of arson, attempted arson and other forms of sabotage on mobile masts delivering services to its customers, including the use of petrol bombs.

Network EE said its staff and contractors had faced 70 incidents including “threats to kill and vehicles driven directly at staff”.

Three phone masts were damaged in South Shields as conspiracy theorists launched attacks on 5G networks. The O2 masts were targeted in June and July.

The MPs urged the Government to press ahead with plans to appoint an independent Online Harms Regulator and said Ofcom, the body that regulates TV and radio, should have the role.

Committee chair Julian Knight said: ““We are calling on the Government to name the Regulator now and get on with the ‘world-leading’ legislation on social media that we’ve long been promised.”

The report said: “The new regulator needs to ensure that research is carried out into the best way of mitigating harms and, in the case of misinformation, increasing the circulation and impact of authoritative fact-checks.

“It should also be able to support the development of new tools by independent researchers to tackle harms proactively and be given power to require that, where practical, those methods found to be effective are deployed across the industry in a consistent way.

“We call on the Government to bring forward proposals in response to this report, to give us the opportunity to engage with the research and regulatory communities and to scrutinise whether the proposals are adequate.”

Couple build secret speakeasy bar in their garden for just £500

ST HELENS v Catalans and Wigan v Warrington are the showpiece games at this year’s Magic Weekend. The two-day showpiece, which sees an entire round of fixtures played at the same venue, has been moved to September 4 and 5. And fans, after Prime Minister Boris Johnson’s announcement yesterday, may get to see their side […] The Sun Newcastle upon Tyne…

SAM Luckley is full of Shear desire towards achieving his ambition – scoring at St James’ Park and celebrating like Alan Shearer. A new accent will be heard on Super League pitches after the forward signed for Salford and there is no doubting his Geordie roots. He is a dyed in the wool Newcastle United […] The Sun Newcastle upon Tyne…

A RIDER rolls along the streets using an e-scooter as part of a new trial in Newcastle. The city has introduced 250 Neuron scooters for rent as part of a year long scheme. Yesterday saw Geordies driving up to 15mph on the bright orange electric vehicles. Adults can unlock them for a pound – and […] The Sun Newcastle upon Tyne…

THIS is the shocking moment about 300 people guzzle booze and dance in the snow despite coronavirus lockdown restrictions. Footage filmed in Newcastle shows a large group of revellers gathering during a visit to Cow Hill on the city’s Town Moor yesterday. In the clip, they can be seen playing music, dancing and chanting on […] The Sun Newcastle upon Tyne…

MAGIC Weekend is staying in Super League this year after being moved to September. SunSport revealed there was a chance the two-day event, which sees an entire round of fixtures played at the same venue, may yet stay. Now it has been confirmed it will be at Newcastle’s St James’ Park on September 4 and […] The Sun Newcastle upon Tyne…