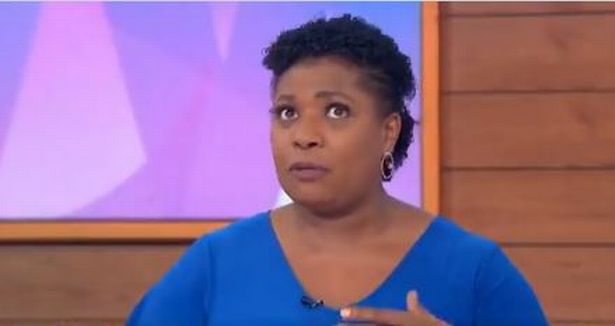 Loose Women star Brenda Edwards has bravely opened up about her experiences with domestic abuse which left her ‘fearing for her life’ after an abusive ex tracked her down.

The former X Factor contestant turned theatre actress talked about the dark time in her life during a discussion about EastEnders ‘ harrowing abuse storyline which will come to a tragic end on Friday night when Chantelle is murdered by her husband Gray.

The BBC soap took the decision to reveal how the plot would unfold to raise awareness of what is sadly a reality for too many people and Loose Women highlighted the effects of domestic abuse during Friday’s show.

Host Kay Adams revealed co-star Brenda had been left in tears during their morning briefing about what was coming up on the show after confiding in her fellow panellists about what happened to her.

In real-life events that reflect what has been seen on screen in EastEnders as seemingly mild-mannered Gray has turned on Chantelle behind closed doors, Brenda revealed that she thought she’s found the perfect man only for her to be proved very wrong.

She said: “I met this guy who was charming, gorgeous and said all the right things, always complimenting me on how I looked etc. But then i went to ‘why are you wearing that? You look awful.’

“Once we were having a conversation and he punched my door. He apologised so I thought maybe I did something wrong. The second time he punched the wall and I covered up for him, telling people the ironing board had fell on it.

Detailing how things took a horrific turn over a packet of apple pies, Brenda, who had two children at the time, explained: “I’d bought some apple pies but one was missing from the packet. He completely freaked out and strangled me.

“It was then that I thought ‘I need to get out’ but didn’t know how to. I phoned my best friend and put some things in a bag. She came to take me and the kids but he showed up and there was a bit of a tussle. We got out and I disappeared for a while.”

She recalled to her shocked co-stars Nadia Sawalha and Denise Welch: “Two years later there was a knock at the door at it was him with a bunch of flowers.

“Someone else was in the house and I told them to go upstairs. He punched me in the face when he found out. He punched them as well.

“I didn’t realise he also had a knife so I text my friend and the police were called.”

Brenda had counselling for what she went through and defiantly ended her account by saying: “When you cry it is not a sign of weakness; it’s you getting it out of your system.”

* There are a number of helplines you can call if you are a victim of domestic abuse.