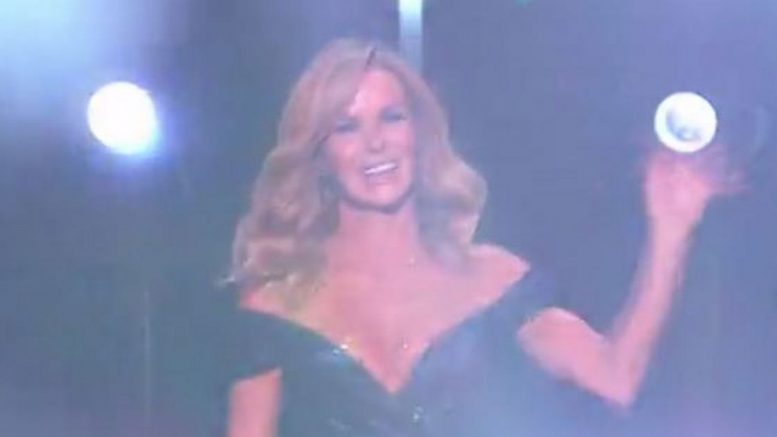 The new head judge had many viewers convinced she was going to suffer a wardrobe malfunction on screen, while others have hit out her for choosing to wear such a risque dress on a family show.

BGT returned on Saturday as eight more acts battled it out for a place in October’s grand finale but, although the result caused controversy again, it was Amanda who got a lot of people at hoping for two main reasons.

Firstly there was the fact she told one singer to ditch her husband and go solo and then the plunging dress she decided to wear for the occasion.

As she stepped onto the stage for the show, some fans were concerned she was about to burst out of the dress and expose more skin than she intended.

One took to Twitter to post: “Is it my eyes or are Amanda Holden nipples nearly falling out of the dress,” and another tweeted: “Amanda’s nipple is out of her dress, how embarrassing! Someone should’ve told her.”

One less than impressed viewer slammed Amanda for wearing such a revealing gown when there was a good chance children would be watching.

Tweeting Amanda directly she told the judge: “I have to agree with a lot of the comments on here tonight about your dress Amanda & have to ask you why you feel the need to dress like that on a family show?

“And it’s not jealousy certainly not from me, it’s just not appropriate. I mean come on you were short of a full frontal!”

Echoing those sentiments another blasted: “Exactly don’t know why she feels the need to dress like that on a family show … nothing short of narcissistic … I mean they’re nearly falling out!”

Others complimented Amanda and told her to ignore the critics with one fan commenting: ” @AmandaHolden ‘s dress has stolen the show for me tonight so far. She looks stunning,” and another posting: “Stunning dress.”