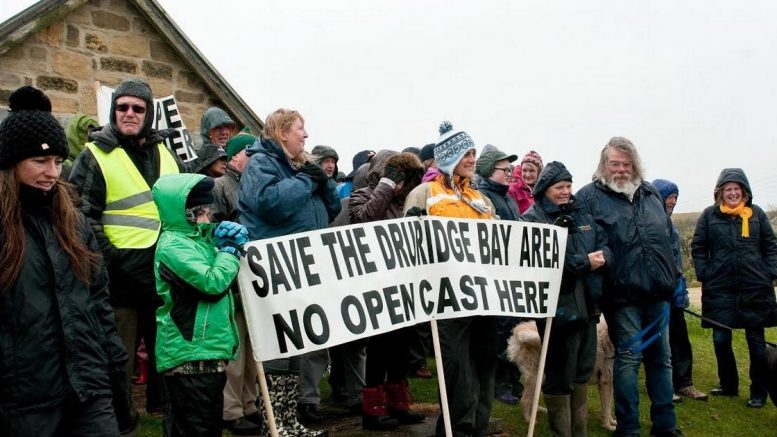 The Government has rejected a controversial planning application for an open cast coal mine close to a picturesque beach.

Campaigners were celebrating after Banks Mining’s application to work a site at Highthorn near Druridge Bay in Northumberland was turned down by Communities Secretary Robert Jenrick.

In his written statement on the bid, Mr Jenrick found the proposal to be “not environmentally acceptable”.

Local resident Lynne Tate, of the group Save Druridge, said: “We are absolutely ecstatic.

“We started back in 2013 and now it has come to a close, and Druridge Bay is going to remain beautiful and tranquil.

“We don’t need the coal, all Banks Mining would be doing would be contributing to a national and international climate emergency.”

Friends of the Earth climate campaigner Tony Bosworth said: “With the world staring at catastrophic climate change, this is the right decision.

“Coal mines must be consigned to the history books if we are going to avoid climate breakdown.

“Let’s leave coal in the ground where it belongs and invest in energy saving and renewable power to build the safe, clean and fairer future we so urgently need.”

Banks Mining had applied for permission to extract three million tonnes of coal, then restore or improve the landscape.

Two years ago, Sajid Javid, the then communities secretary, turned down the Highthorn application, but the company won a series of challenges to have the plans reconsidered.

County councillors had originally approved the scheme despite protests from locals and environmentalists who argued the mine would have huge implications for tourism and wildlife, including otters, dolphins and pink-footed geese.

The firm recently closed what it said was England’s last coal mine, north of Newcastle, and lobbied for permission to work the Highthorn site, saying the UK still needed coal for industry which would otherwise have to be imported.

Ian Gregory, a fuel industry lobbyist, said it was “ridiculous” that the government was pursuing an import-only coal policy, which would create millions of tonnes of CO2 by having it transported from around the world.

He said: “The Government is pumping CO2 into the air by insisting on hauling coal from Russia, Australia and the United States.”

Loved ones of alleged murder victim reveal their anguish