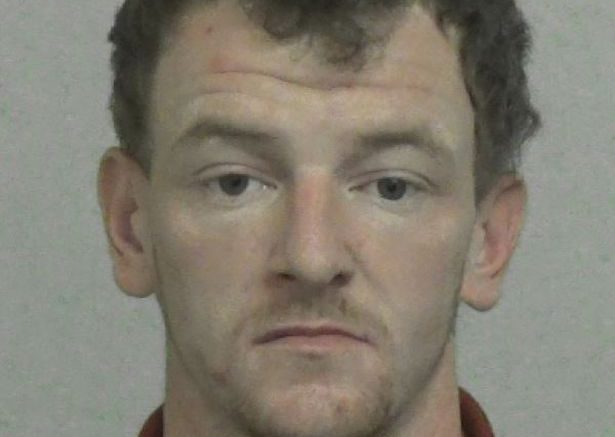 A blundering burglar has been jailed after leaving his phone behind at a crime scene – only for his mum to call and ask for him by name.

Callum Tumilty, 25, was accidentally dobbed in by his own mother after she rang his mobile phone looking for him.

Little did she know, that same phone had been left behind by Tumilty at his own crime scene and as it was answered the voice on the other end asked if ‘Callum’ was there.

The discovery came after Tumilty broke into Cambois First School, in Northumberland, on September 17 and stole a number of laptops, before making off.

But his blunder made it easy for officers on the scene to quickly identify the perpetrator – and they even kept his phone safe for him.

He was then charged with burglary, possession of cannabis and four counts of theft and appeared at Bedlington Magistrates’ Court on Monday.

Tumilty, of South View in Cambois, pleaded guilty to all charges and was sentenced to a total of 26 weeks in prison for his crimes.

Insp Phil Patterson, of Northumbria Police, has welcomed the sentence and praised the quick actions of the officers involved in the case.

He said: “This was an appalling crime as Tumilty showed a total disregard for his own community and the law.

“He shamelessly broke into the school and swiped a number of laptops that are used and relied on by students to learn new skills and shape their futures. He should be ashamed by his actions.

“This case was a great display of teamwork by the local neighbourhood policing team and our investigation team who were able to build a compelling case which ultimately resulted in the offender being jailed. At least his mum knows where she can reach him this time.”

Tumilty was also ordered to pay £780 in compensation costs.