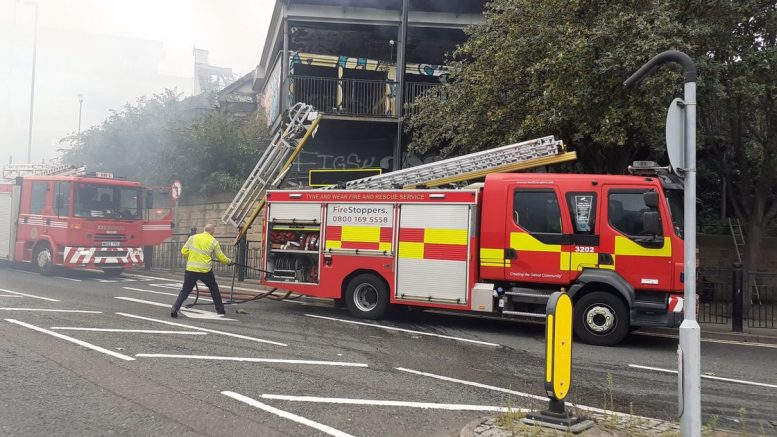 A fire broke out at a derelict former bar in Newcastle.

Firefighters tackled a blaze at the old Stereo Bar building on City Road at around 5.30pm on Friday, with two appliances from Byker Fire Station attending the scene.

Smoke billowed through the roof of the building and many residents reported seeing the smoke drifting across the River Tyne.

Shortly after the fire started, a spokesperson for Tyne and Wear Fire and Rescue Service said: “It is a derelict building that’s on fire – the former Stereo Bar public house on City Road, which has been derelict for some time.

“We have two appliances from Byker Fire Station there who were called out at 5.36pm.”

The spokesperson added that the fire was immediately brought under control and that there was no danger of it escalating.

Officers from Northumbria Police were on the scene to assist the fire service before leaving a short while later.

It is the latest in a long line of fires that have broken out at the premises since it closed in 2010.

It is not currently known what caused Friday’s fire but several previous incidents at the property have been linked to arson.