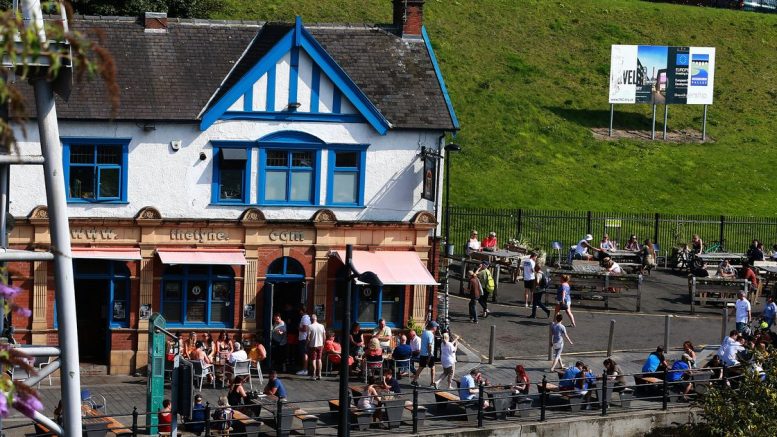 A tougher lockdown ban on households mixing in the North East will not apply to pub beer gardens, the government has confirmed.

New Covid-19 restrictions will come into force on Wednesday to make it illegal for people from different households to meet up in any indoor setting in Newcastle, Northumberland, Gateshead, North Tyneside, South Tyneside, Sunderland, and County Durham.

But the new rules, announced by health secretary Matt Hancock yesterday, have been shrouded in confusion and government minister Gillian Keegan failed to clarify whether the ban would also apply in pub or restaurant gardens during a radio interview on Tuesday morning.

Asked how people were supposed to keep up to date with the latest restrictions when ministers could not, the Tory education minister told BBC Radio 4’s Today programme: “I’m sorry I can’t answer that question. I’m sure there are many people who could. I don’t represent the North East.”

Now the Department of Health and Social Care has now confirmed that it will not be illegal to meet up with friends from another household in a beer garden – though it will be against public health advice to do so, and the Rule of Six will still apply.

Full guidance on what the stricter lockdown measures will mean, including for issues such as indoor sports, is yet to be published.

Since September 18, almost two million people in the seven council area have been banned from socialising with other people outside of their own households or support bubbles in private homes and gardens.

But that ban is now being extended to all indoor settings, with anyone who breaks the rules facing a fine.

Visits to other households for informal childcare, such as grandparents looking after children, will still be permitted, while schools and workplaces will also be exempt from the ban.

Monday’s announcement sparked anger among local leaders, who claimed they were left in the dark over the changes.

Newcastle City Council leader Nick Forbes said: “While we have been in discussions with the Government on potential further restrictions the Secretary of State has once again stood up and announced changes without telling us he was about to do so.

“We want to work constructively with the government but the way these measures are being communicated in headlines and without detail does nothing for public confidence.

“We have demanded clarity on the new restrictions, testing and support for those businesses most affected.”

Mr Hancock told the House of Commons that the new measures were being brought in “at the request of the local councils” and that “swift action” was needed to get the virus under control.

Coronavirus infection rates have continued to rise rapidly across the area in the past week – with Newcastle, South Tyneside, Sunderland, Gateshead, Northumberland, and North Tyneside all in the top 30 English council areas with the highest rates of infection.