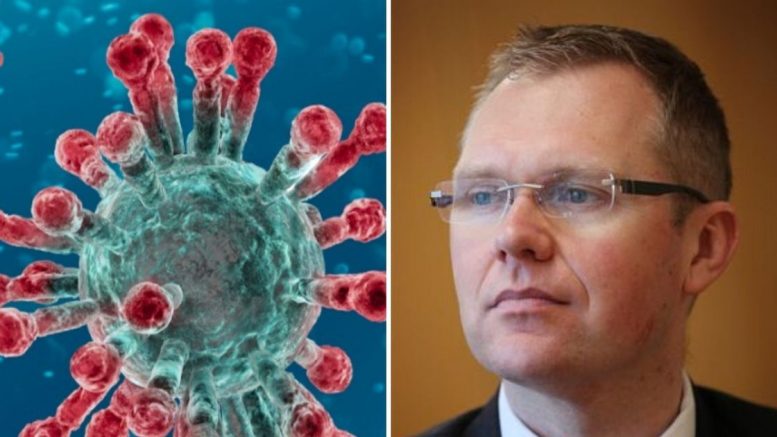 North East parents may still be able to let family members inside their homes – under specific guidelines – once tough new lockdown rules are introduced.

The Government is expected to announce a ban on mingling with anybody outside your household – either indoors or outdoors – alongside a 10pm pub curfew.

However one of the region’s politicians who pleaded with the Government to implement the restrictions has now revealed fresh details about what the North East’s have council asked for.

Newcastle City Council leader Nick Forbes confirmed that council’s had requested a ban on household mingling as well as the strict curfews.

And he has also revealed that the curfew will also impact takeaways, which will only be able to offer delivery service after 10pm.

However, speaking with the Today programme on Radio 4, he offered some worried families a lifeline that they could be able to still see each other – if those meetings are centred around childcare.

“(But) we have asked for an exemption around extended family members for informal childcare arrangements.”

The exact details of this arrangement are not yet known. The full details of what the new measures will entail are expected to be outlined later this morning.

However on Thursday morning he told the BBC Radio Four show that the measures were vital to avoid even harder restrictions down the line.

“If we don’t get on top of this now, it is going to get out of control,” said Cllr Forbes.

And he admitted that he expects the infection rate will continue to rise “over the next few weeks”, as the measures take time to settle in.

The region’s fight against the killer virus will undoubtedly be made harder by tens of thousands of students arriving in Newcastle, Sunderland and Durham over the coming weeks.

Addressing that, he called the Government to fix the testing fiasco and beef up local testing capacity as he admitted: “Our testing facilities in the city, the ones run by the national scheme, are at capacity already.

“We need immediate additional capacity around testing. We have got local tracing arrangement in place

“When we see numbers go up, which inevitably they will over the next few weeks we have got the ability for people to get a test straight away.

“We can’t have a massive increase in our population (with the new students) without also having the testing capacity to ensure they are safe too.”

Every North East area north of Teesside suffered an increase in the infection rate last week, although the current level of infection differs significant between them.

However the council’s have collectively called for action to avoid people border-hopping in order to enjoy less restrictions.

But across the region, Cllr Forbes said infections had mainly been happenings in pubs and bars, people’s homes and in grassroots sport.

He said the new restrictions will “primarily focus” on tackling outbreaks in those areas.

“It is much easier for people to maintain social distancing if it is seating only.”

Despite that, producers interviewed people in Newcastle about the possible new measures.

Some were in favour of the tough action, claiming the current freedoms allowed people to get drunk and flout social distancing measures.

However others said the rules were “misconceived”, claiming people will simply go out and get drunk earlier.

There has also criticism on social media that the rules are inconsistent and confusing.

“Inevitably whenever we talk about additional restrictions, people get concerned about that,” added Cllr Forbes.

I think we should all be deeply concerned about the rapid increase in the number of coronavirus cases we have seen over the last week in the North East.

We want to know your views on the current coronavirus testing system.

Have you tried to book a test locally? Have you been directed miles away from home to get one? Let us know in the survey below. Click here if the form doesn’t load.

“And not just the rapid rise in numbers, but also the fact that the average age of people being infected is going up as well.

“Last week 60% of the people that were being tested were between the ages of 18 and 30. That is now starting to reach into older age groups as well.

“We know that when it starts to affect older people that’s when you start to get the hospitalisations and sadly also the mortality too.

“That’s why we are acting now as a preventative measure to try to put off any further spread of the virus and ensure that we don’t end up here in the North East in a more restrictive lockdown instead.”