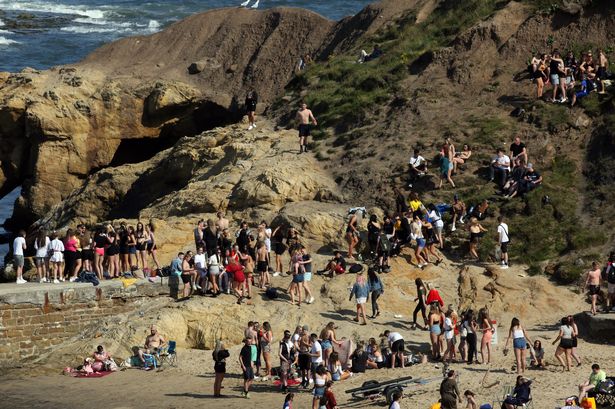 Thunderstorms are on the way to the North East, the Met Office has warned.

After a record-breaking day of scorching temperatures, storms will begin to hit on Friday night.

The yellow weather warning from the Met Office will be in place until midnight and warns of possible damage from lightning and power loss.

A spokesperson said: “Along with some very hot weather today, a few thunderstorms are likely to break out during the late afternoon and evening. Where thunderstorms do occur frequent lightning is expected, along with gusty winds.

“Unlike many days with thunderstorms over the UK, relatively little in the way of heavy rain is expected.

“However, a few places may be unlucky and catch a heavy downpour, perhaps even with some hail, and as much as 15-20 mm rain could fall in less than an hour, most likely in Eastern England.”