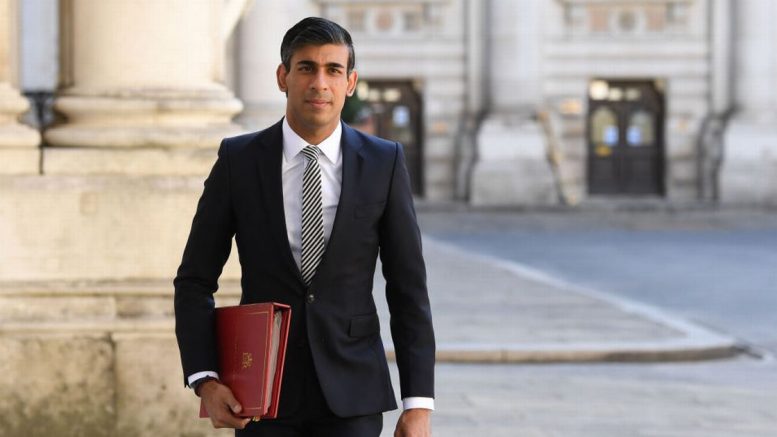 Millions of people are set to have £1,000 wiped off their benefits.

Around 16 million people receiving Universal Credit and Working Tax Credits have been warned that rises introduced in April this year will be cut, plunging some below the poverty line.

There were two increases to help claimants.

The first increase, on April 1, was at the end of the benefit freeze and saw a 1.7% rise in many social security payouts, including Universal Credit.

On top of that, there was an additional increase to help people during the coronavirus crisis. This is £1,040 a year on top of the standard allowance for Universal Credit – equivalent to just under £90 a month in the usual monthly payment.

A similar coronavirus boost was given to those on Working Tax Credits, with the basic element going up by £1,045 per year.

But the boost is in place for just one year and is due to end in April 2021.

And now anti-poverty organisations are warning of dire consequences if the increase is not retained beyond next April, BirminghamLive reports.

Helen Barnard, Acting Director of the Joseph Rowntree Foundation, said: “Even with this increase, many families have struggled through the last few months, cutting back on essentials and getting into debt, but this lifeline has allowed them to keep their heads above water and helped prevent a surge in poverty.

“Our new analysis shows that whipping away £20 a week will mean around 16 million people lose £1,040 from their annual budget overnight, and 700,000 more people are likely to be pulled into poverty.

“People already in poverty and already struggling to stay afloat will face severe hardship, with half a million more likely to be plunged into deep poverty (more than 50% the poverty line).”

She added: “We must keep this lifeline for people on Universal Credit and Working Tax Credit. But we also need to see it thrown to people on legacy benefits, who have so far been left adrift – buffeted by the same rough waves without a strengthened lifeline.

“Currently, the additional £20 per week does not go to people claiming legacy benefits such as Employment and Support Allowance, Jobseeker’s Allowance and Income Support. The majority of people claiming these benefits are sick or disabled and carers who – for a long time – have unjustly faced a much greater risk of poverty and have been most at risk during the COVID-19 pandemic.

“By extending this lifeline to those of us on legacy benefits, the Government can boost the incomes of 1.5 million people, including 300,000 children in some of the families who are most at risk.

“As we feel the impact of the pandemic on jobs and incomes, it’s clear that we cannot afford to cut this lifeline at precisely the time when unemployment is rising, and many of us are facing a growing risk of poverty.”

Torsten Bell, chief executive of the Resolution Foundation, said: “The Chancellor will need to reconsider his plans to swiftly phase out support given the painful reality that the economic crisis is here to stay.

“Extending support for the hardest hit sectors of the economy will be essential to limit the rise in unemployment Britain faces in the months ahead.

“The Government will also need to shelve plans to cut back Universal Credit payments to prevent millions of families from suffering a fresh income shock next spring.”

The date of the Autumn Budget has not yet been announced but is expected to be in November.

These new pleas to retain the increase come on top of recent calls by the House of Lords Economic Affairs Committee for the boost to be made permanent, among a raft of suggested changes.

The committee’s report said: “The significant cuts to the social security system over the last decade mean that a catch-up increase in funding is needed urgently to ensure that Universal Credit is fit for purpose.

“Even when the recent increases in Universal Credit are taken into account, it is a less generous benefit than intended by its original proponents.

“We believe that the increase shows the original rate was not adequate. The Department has, to date, said that this is only a temporary measure.

“The Government should commit to making the increase in the standard allowance permanent. It should also examine the relative levels of benefits for couples and those with children and investigate whether there are other claimant groups who do not receive adequate income.”

Organisations such as the Child Poverty Action Group (CPAG), Scope and Citizens Advice have also been pushing for these special Covid increases to be applied to other benefits.