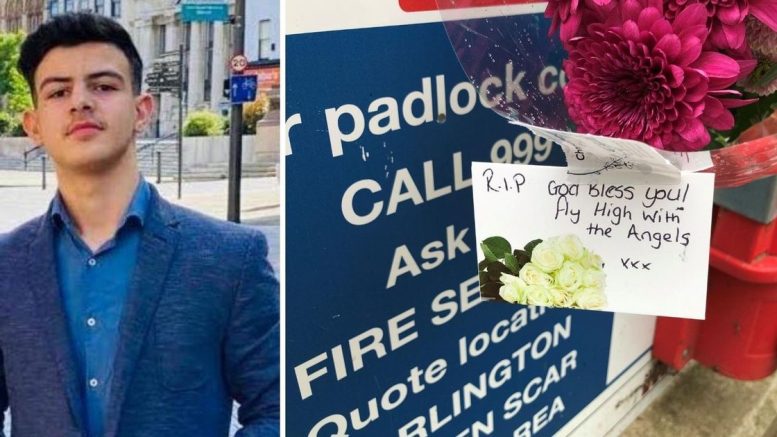 A teenager died trying to save his younger brother who got into trouble while swimming in the River Tees, it has been reported.

Anas El-Rafai, 15, from Darlington, was last seen shortly after 5pm on Monday after getting into difficulty in the river at Broken Scar.

A major search operation involving police, fire crews, divers and the Teesdale and Weardale Search and Mountain Rescue Team was launched after he went missing.

His body was found at around midnight and formal identification was carried out on Tuesday afternoon.

Durham Police said his death was not being treated as suspicious and a file was being prepared for the coroner.

In a statement, his parents said: “Anas was a fit and healthy young man. He was very popular at school. We are devastated and miss him so much.”

The Sun has reported that the youngster drowned while trying to save his younger brother.

Anas’ best friend Mohammad El Mgharbel, 17, told the paper: “There were seven of us who went down to the river to swim but three of them Anas, his younger brother Jamal who is 13, and another friend were further out into the water than the rest of us.

“It seemed as though they were hit by a current, like a wave, and it pushed them further out. Anas swam over to the other two younger boys and he pushed them to the side and both of them managed to get out.

“But after he had done that he went down, I couldn’t see him any more and we knew we had to get help and called the police.”

He further added: “What he did was very brave, he saved the other two boys and in doing that his own life was lost. He was my best friend and it’s hard to believe what happened.

“Only an hour earlier we had been in town together and took a photograph of him, it’s hard to accept.”

His elder brother Mohammad, 19, told The Sun that Anas was one of six brothers and the family came to the UK from Daraa in Syria three years ago. Anas would have been sitting his GCSEs this year.